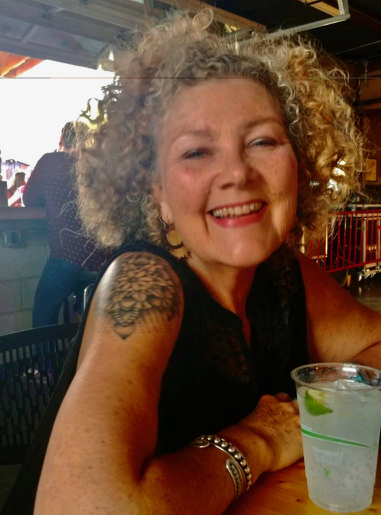 More than just an amazing VO artist, ProComm Voices’ Mare Carmody is also a talented singer/songwriter/musician who has been performing for most of her adult life. And whether using her conversational, compassionate, corporate or character styles for voiceover, Mare is a consistent headliner for brands such as Biltmore Estate, JP Morgan, Cargill, House-Autry, Bristol-Myers Squibb, University of South Dakota, YWCA…and that’s just in the past few months. Let’s learn more about Mare in today’s #TalentTuesday interview.

My goodness…since 2008, I think.  We were living in Little Rock AR, and I was putting together my home studio and building my contacts. I was SO excited to be accepted onto the roster.

I like when I’m able to work fast and efficiently so that there’s less work for whoever’s engineering and editing.  But I also like the challenge of doing a voice or delivery I haven’t done before.   I did a series of spots for Cisco Systems where I did a Fresh Air-like podcast read that was hilarious and fun.

I was a radio DJ for a long time in Hampton Roads, Virginia—mostly the Virginia Beach area.

I sing (behind another hot mic), play guitar in a trio called Carver Carmody & McIntire, write songs and fiction, and play with our dogs.

Ireland, hands down.  We were lucky to be invited to stay with a dear friend in a manor house in central Ireland’s countryside.   I so want to go back…

Chocolate in any form.

VW 611 fastback.  Otherwise known as The Deathtrap, partly due to its battery being located UNDER THE DRIVER’S SEAT.

Finishing it.  I was not a fan of high school or most any part of it!

What was the first real job you had?

A clerk in a C&P Telephone Co marketing department.

Do you remember your first, paying voiceover gig?

Green-Gifford Chrysler Plymouth, (“The Hot One!”)in Norfolk VA with Bob Jump.   Had that gig for a while, too 😉

Definitely a bear, cause I’m slow and cuddly.

I left radio and never looked back.   I can work from home in my own studio. I’m really pretty happy, doing what I’m doing.