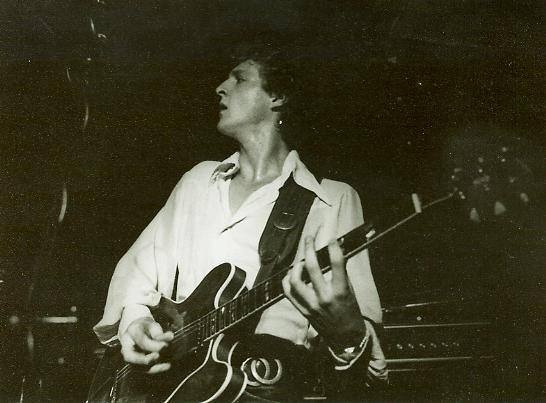 Voice Actor Larry Pritchett has been a part of the ProComm family since the 90’s. He has recorded hundreds of roles as a dad, guy-next-door or quirky husband, and countless announcer and narration projects for brands like Hawaiian Airlines, Dish Network, Cabela’s, SD Soybeans, Marquette University, Chick-fil-A, Curry Seeds, Milton Hershey School and Ducati…just to name a few. Let’s learn more about Larry in today’s #TalentTuesday interview.

Working with all the talented, wonderful people in this business and bringing a script to life.

I worked in the Agency business for a couple of decades, and several of those agencies had in-house recording studios. I’d been in many studios as a musician, so it was a natural progression stepping behind the mic.

I like to cook, play the guitar and read good books. An afternoon nap can be awesome, too. I also ride my rare and absolutely fantastic motorcycle (2004 Honda VTX1800N) on the back roads around where I live. We have some great countryside, and I love riding in it. There’s really no sensation like it.

The Dixie Dregs in Nashville’s Exit Inn, also Queen at the Riverfront Colosseum in Cincinnati, Ohio, and Little Feat at Memorial Colosseum in Lexington, Kentucky

Just about anything with Denzel Washington.

Ken Follett’s The Pillars Of The Earth. (The only book I ever burst out crying while reading.)

Food Network. For a guy, that can sound kinda weird. But I was a cook all through my high school and college summers. Love the kitchen experience.

Two weeks of bliss on Pawleys Island in South Carolina, as well as a Foreign Study League trip to Europe in 1974.

Fairly healthy foods of all kinds. (The operative word being “fairly”)

My own Cincinnati-Style Chili. I could eat it for a month. So consequently, I cook up a major batch. Then spoon it over angel hair pasta with onions and mozzarella cheese. Don’t laugh. The way this tastes, it’s completely addictive.

Forming my band, called Shock, at The Blue Ridge School, and playing all over the Virginia Prep League girls’ schools. I convinced the Headmaster to give me $2000 to buy sound equipment, then donated it back to the school when the year was over. It was my first experience with fundraising and subsequent charitable contribution.

What was the first real job you had?

I painted creosote fences one summer when I was 13 at a major horse farm in Lexington, Kentucky. Hottest job I ever had. Fully clothed and painting hot tar on oak fences.

Do you remember your first, paying voiceover gig?

Cut Rate Liquors in Louisville, Kentucky. I shared the mic with Joe Brown. We ad-libbed the spots together. It was a blast, and quite an effective campaign.

I can sing and play guitar.

Favorite ad campaign over the years you’ve heard or seen that does NOT include your voice?

The “Think Small” Volkswagon Beetle campaign from the 1960’s.

I am doing my dream career. It’s a privilege.