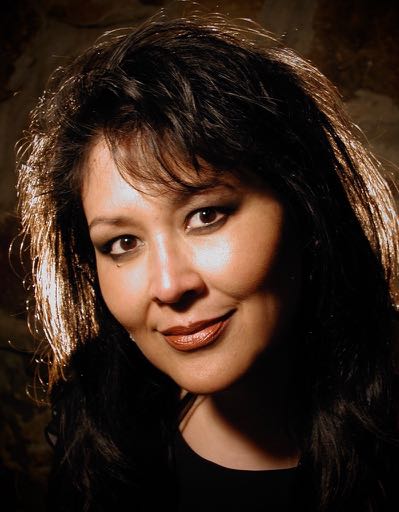 Been there. Seen it all. That’s what Grace Cantrell can cop to after thousands of sessions as one of the original ProComm VO superstars. From a multitude of fun and fantastic characters over the years, to medical, financial, retail, insurance, eLearning, soccer mom, friend-next-door and just about anything else, she has lent her voice to projects for organizations such as Verizon, Chick-fil-A, BCBS, Disney, Toledo Museum of Art, WalMart, CDC, and OSHA. Let’s learn more about Grace’s journey in today’s #TalentTuesday interview.

How long have you been working with ProComm? Let’s just say I’ve been on the ProComm talent roster my entire adult life. 😉

What’s your favorite part of voice acting? Even after all this time, I’m amazed this is my job, so everything is pretty much “favorite”! I suppose a couple of things stand out. Each session is a performance and I love that! The diversity of the gigs is also really cool. I mean, one day you’re reading a secret 30-page project for a government agency that requires an NDA and the next you’re a talking chicken. C’mon!

How did you get started in voiceover work? I was a vocal performance major in college when I started singing at some local studios, beginning as a background vocalist for artists and later specializing in jingles.  From there, I sorta stumbled into the voiceover field. Soon, I became studio manager, casting director and engineer/producer at Sundown Sound Studios, while at the same time solidifying my status with ProComm as a freelance voice talent. I left the studio after 12 years to become a full-time voicer and never looked back. Accidental destiny!

Favorite album or recording artist(s)? When I was younger, I was a huge fan of Elton John. Goodbye Yellow Brick Road tops the heap. These days, there are way too many phenomenal artists to mention. However, if I was asked whose voice I would want for my very own, that’s easy – Adele!

Favorite Movie(s)/TV? The Wizard of Oz ranks first. After that, I enjoy cooking and home design programs, am a massive Sci-fi nerd, and my husband would say I watch entirely too many true crime shows.

What kinds of pets do you have? We had 2 precious schnauzers for years, Scooter and Minka, but were petless until we recently “inherited” our neighbor’s cat, Tom-Tom. He was always outside, so we asked if he could stay in our garage on cold nights (hubby is allergic!). They moved away and left him so he’s ours now!

It’s a silly, unintentional “Chris” thing – Chris Evans, Chris Hemsworth, Chris Pine and Chris Pratt (maybe in that order?). My husband is Chris too! Imagine that.

What is one of your favorite vacations you’ve taken? I’ve visited my mom’s home country of Japan three times. The third visit, accompanied by my mom and husband, was the best!

Favorite Food? Can’t choose a favorite dish but as for “cuisines” – Japanese, followed closely by Italian.

What was your first car? My freshman year, I had a wreck in our family’s old Ford Galaxie 500 and totaled it. My dad had to fetch me for Christmas break since I was carless. There in the driveway was my new Datsun 510 with a giant red bow on top. Much screaming and many tears followed.

What event do you remember most fondly from high school? One of my favorite memories was my first solo performance in front of the student body. My own brother didn’t know I was a singer. I spotted him in the second row of bleachers with the wrestling team just as I began belting it out. He looked like someone had punched him in the stomach.

What was the first real job you had? When I was 16, I was hired to wait tables at my chorus teacher’s son’s BBQ restaurant – The Buckboard. I probably gained 10 pounds the first month!

Do you remember your first, paying voiceover gig? Yes, I do! It was a radio spot for Athletic Supermarket and I was Snow White. I was tasked to kvetch about the challenges of shoeing the 7 dwarfs. That dang thing won an advertising award!

Do you have any other special talents? Besides the whole singing-songwriting deal, I love painting abstract art, JUST FOR FUN. I also get a kick out of spending as little time as possible in the kitchen perfecting my super-short cut, yummalicious recipes!

Dream career if not doing VO work, and could make a living? Toss up – successful singer-songwriter or SNL cast member.