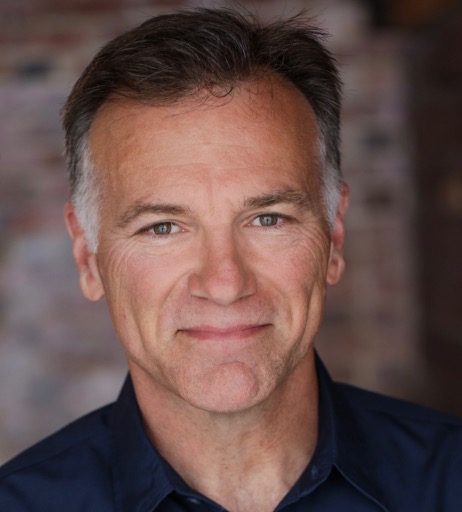 Voice Actor Dave White brings so much to the ProComm family, it’s hard to believe that it took a few years for him to gain traction. But he did catch fire (figuratively speaking), and since then has been a consistent and reliable performer, covering a surprisingly-wide range of VO styles for all manner of worldwide and regional brands including McDonalds, Husqvarna, PBS, Garmin, BF Goodrich, Sizzler, Carolina Panthers, PGA Tour and more.  And he does it all with a calm, ‘can-do’ attitude that is very easy to appreciate. Let’s learn more about Dave in today’s #TalentTuesday interview.

I actually do not know.  I would say about 15 years, however it took a few years before I was getting a steady flow of opportunities.

So many things but I think my favorite thing is making clients happy.  Being a small part in making their creative vision a reality is very fulfilling for me. Might sound a little corny but it’s true!

I started out as a theatre and on-camera actor.  I’d heard about voiceover from the beginning but also heard that it was almost impossible to get into.  I cut my first voiceover demo in about 1986 and then another in 1990, but I didn’t book my first voice job until about 1995.  I started working from my home studio around 2004 and today, except for an occasional on-camera job, I work exclusively as a voiceover actor.

I love walking and hiking with my wife, Sue, and our dog, Betty White.  I also like biking, playing guitar, glamping and spending time with my son Conor and his wife Ciara and my son, Ian.

The most recent was Keb’ Mo Solo at the Moore Theatre in Seattle.  He is amazing and the best guitar player I’ve ever seen.

Betty White is a 4 year old Goldador, Lab/Golden Retriever mix.  No offense to Buster, Chelsey, Bob and Kalley (our previous animals) but Betty is the best pet we’ve ever had.  So smart and loving and she doesn’t run off or wander into the neighbors yards……..much.  She also stays right with me on hikes in the woods and loves the water.

I watch episodes of Family Guy before bed every single night.  I love going to sleep with the Griffins.  I also watch the reality show, Big Brother on CBS.  Shhhh!!!!

I guess the most epic one was a 3 week trip to England, Scotland and Ireland with my wife.  New York and Hawaii are always amazing.

The first one I bought was a 300 dollar 1969 Plymouth Sport Fury.  The power steering fell off one day while I was driving down the road.  I paid a friend to reattach it.  The guy that eventually bought it from me was going to use it for a demolition derby.

Absolutely not.  In school, making people laugh and being an actor was the only thing I was really good at.  It gave me a chance to stand out and get the attention I so badly needed.  I was voted class clown, which is to this day the greatest honor ever bestowed upon me.

Sort of.  Many years ago, I was the voice of many different versions of The Talking Beer Opener.  The man that invented the Talking Beer Opener got rich from it and decided to produce a movie about his life.  It was called, “Ingenious.”  They flew me to Tucson, AZ 2 different times to appear in the movie as myself.  My main scene was in a recording studio with Jeremy Renner and Dallas Roberts. Very exciting and surreal.